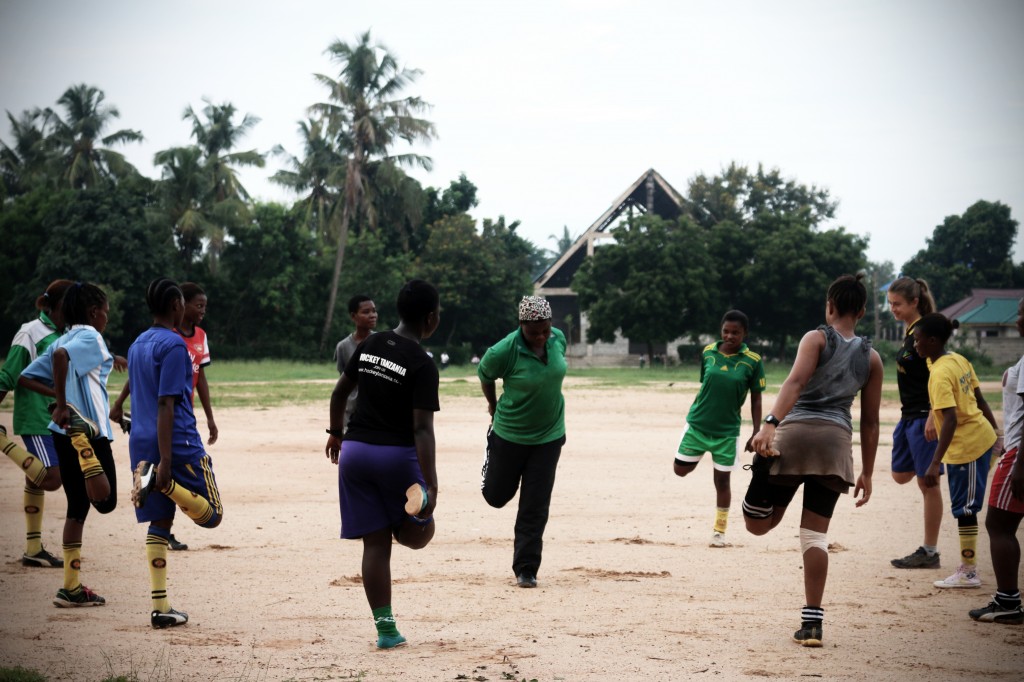 Why do dreams exist, if not to strive to reach them?

There is a Hockey team in Tanzania which has a dream: to get the chance to play for a place at the Olympic Games in Rio de Janerio in 2016.

We are talking about a team made of 20 girls, who play field hockey in Tanzania, or ‘sand & stone hockey’, because in Tanzania there isn’t any ground with actual grass or even artificial gras, so they have to adapt to play on every kind of ground!

I’m Valentina Quaranta, an Italian field hockey player. I started playing hockey when I was 8 and continued for 20 years, progressing from junior to senior level, up to the Italian national team.

In 2011 I left Italy and came to Tanzania to volunteer with COPE as a teacher of small children. I didn’t expect to find hockey, but by chance I did in the middle of 2013.

There was no active women’s hockey team in Tanzania at that time. Hockey is not a famous sport in Tanzania, there are just a few men teams, mainly in the capital Dar es Salaam.

But one day I received a phone call from the Secretary of the Tanzania Hockey Association asking me to help revive the women’s team, to coach it and find the funds to take it to play in the Africa Cup of Nations, in Nairobi.

In three months, together with the local coach Mnonda Magan, we gathered players and started to train. We had no hockey equipment, no facilities, and no funds at all. Moreover, when we talk about sport for women in a developing country like Tanzania, there are social and economic problems related to women that in the western world don’t exist anymore.

For example, all the players don’t have a job so they don’t have the money to pay transportation costs. Some of them don’t have even the shoes to train.

Despite everything we played in the Africa Cup of Nation in September 2013.

When we arrived in Nairobi, the Westgate terrorist attack happened and the tournament was postponed. We had trained so hard and raised money to go to Kenya on top of that.

We were crushed but we remained motivation and when we came back to Tanzania, we continued to train and we got more donations from friends around the world that helped us go back again in Nairobi in November to finally play the Africa Cup of Nations.

We played against the strongest teams in Africa: Kenya, South Africa, Ghana. We lost all the games, but for us our victory was already being there.

For Tanzania was the first time ever to participate to the Africa Cup of Nation. The girls made history.

At the beginning of 2014 the first Women’s Hockey Club was created, with the name of TWENDE, which in Swahili language means “let’s go”, as a message of women empowerment.

The team, with new, younger, players, went to play the Africa Club Championships in Uganda, in January 2014, finishing in the 5th place.

The Tanzania Women’s National Hockey Team participated in September 2014 at the World League Qualification in Nairobi, finishing in 4th place, and continued to Zimbabwe for the Africa Club Championship, finishing in 7th place.

No jobs, no education, no money

Kidawa, the Captain of the Tanzania Women’s National Hockey Team, and her teammates are young girls aged 18 to 29, who live in the poorest suburbs of Dar Es Salaam, the biggest city of Tanzania.

Some of them are single mothers. All of them wake up at 4am in order to be on the pitch at 6am ready to start training. Some of them live far away from the pitch and they don’t even have the money to pay the bus ticket to come to train.

After training they go back home to their house duties, then some of them struggle to get a little income with some informal business.

They are the players of the talented Tanzania Women’s National Hockey Team, yet they don’t get any support from the government, we have to look for all our funds ourselves.

Now, Kidawa and her team, have a big dream, to get the chance to play for a place at the 2016 Olympic Games in Rio.

Can you get us to Africa Olympic Qualifying?

From the 17 to the 25 of October 2015, in Egypt, the Africa Olympic Qualifying Tournament will be played. All the African national teams will gather in Ismaila (on the Suez Channel) and will compete to win the place to represent Africa at Rio 2016.

The competition with other national teams will be hard, but for Tanzania’s Women’s Hockey Team the biggest challenge begins before they step on the hockey ground; the biggest battle is to raise the funds for the team to travel from Tanzania to Egypt and to pay the accommodation during the competition.

But most of all sport teaches us to dare and to believe in a dream. We have a dream, which is to go to Egypt.

We need people who are dreamers like us to help us to reach our goal. Let’s play all together in this challenge, help us to get the funds to go to Egypt, please. 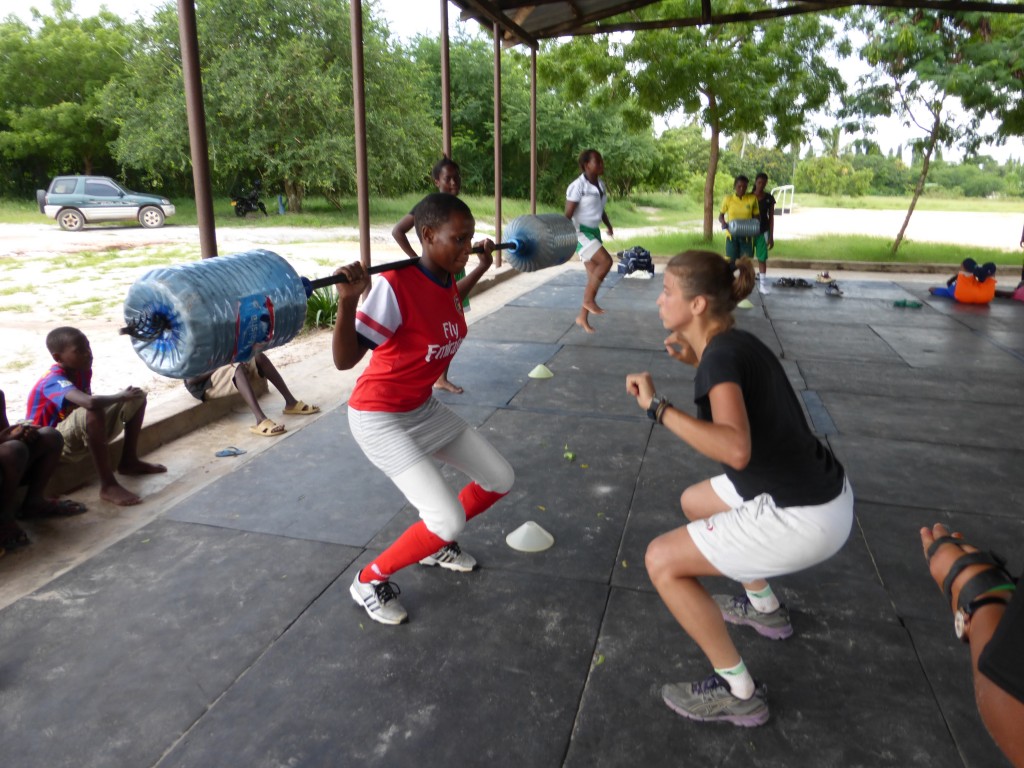 mention of your name on the campaign page
5 taken.

mention of your name on the campaign page
+
Personal mail of thank you
+
you will be added in the monthly newsletter!
2 taken.

mention of your name on the campaign page
+
Personal mail of thank you
+
you will be added in the monthly newsletter!
+
team picture signed by all the players and coaches
7 taken.

mention of your name on the campaign page
+
Personal mail of thank you
+
you will be added in the monthly newsletter!
+
team picture signed by all the players and coaches
+
Official t-shirt of the team
3 out of 10 taken.

mention of your name on the campaign page
+
Personal mail of thank you
+
you will be added in the monthly newsletter!
+
team picture signed by all the players and coaches
+
Official t-shirt of the team
+
Hockey stick made with local wood and signed by players
1 out of 4 taken.

mention of your name on the campaign page
+
Personal mail of thank you
+
you will be added in the monthly newsletter!
+
team picture signed by all the players and coaches
+
Official t-shirt of the team
+
Hockey stick made with local wood and signed by players
+
free accommodation in B&B (close to the beach and the city center) for 2 people for 1 week in Dar Es Salaam and the opportunity to meet personally the team.
3 out of 2 taken.
Support Choose your own payment