Loneliness of the Long Distance Runner

Only those who will risk going too far can possibly find out how far one can go. The person who starts a long-distance run is a different person to the one who finishes it. In a form of sport that pushes every atom of human effort to its limit, we delve inside the minds of two ultra-runners and learn just what makes them tick.

Picture the scene. You’ve set off on a run that will take you from the Arctic Circle in Scandinavia’s most northerly point, to Tarifa, Spain, just ten miles from the shores of Africa. Ahead of you is almost 8,000km of running, behind you is nothing.

No team, no shelter and rations for food. This is survival of the fittest and anything less than that simply won’t cut it. You are on your own.

Many of us will never experience the type of mentality associated with such a run, and because of that we can never truly fathom what the entire experience must be like.

One such person who can explain it however is Aleks Kashefi, who is currently enduring the scene described above. Aleks is running almost 8,000km along a combination of mountains, trails and roads between Norway and Sicily, enduring the harshest of conditions along the way.

For the duration of his journey his life will be lived out of an eight kilogram bag.  With little more to his name than a sleeping bag, Aleks must survive on whatever nature provides. Unfortunately, nature is not always on his side.

“The loneliest you will ever feel is when in need.  Whether from pain of an injury, cold or hunger, you will feel at your most lonely, most insignificant when you are away from people and in need,” said Aleks.

Often times, throughout preparation for an extreme challenge or expedition, it can be family or close friends who are that extra bit of fuel in the tank. Without the support of a core group the athlete’s psyche is left with a gap. Usually filled with positivity, that gap can make way for mentally challenging scenarios.

Audrey McIntosh is a 53 year-old Scottish woman and the first woman in the world to ever attempt running seven ultra-marathons, in seven consecutive days, on seven different continents.

Audrey has an illustrious portfolio of high profile runs under her belt, including an Antarctic Ice Marathon, a North Pole Marathon, a Volcano Marathon and an Antarctic Ice 100k. Each are individually incredible feats, but none of these came without extremely mentally challenging moments, as Audrey explains.

“There are times when you can hallucinate when extremely tired. I thought I saw people standing out next to a remote section of the course in Antarctica during the 100k”, she said.

“I saw a chimp in red trousers during the 75-mile Great Glen Ultra. Also, whilst running at the North Pole I found myself thinking, “why am I cold?”, she added.

In essence, one of the many challenges any long distance runner will face along the way is conquering that loneliness which can so easily creep into their minds. This is a mental exercise in itself, and one which, when examined, shows a whole new side to the human brain and ultimately, behaviour. 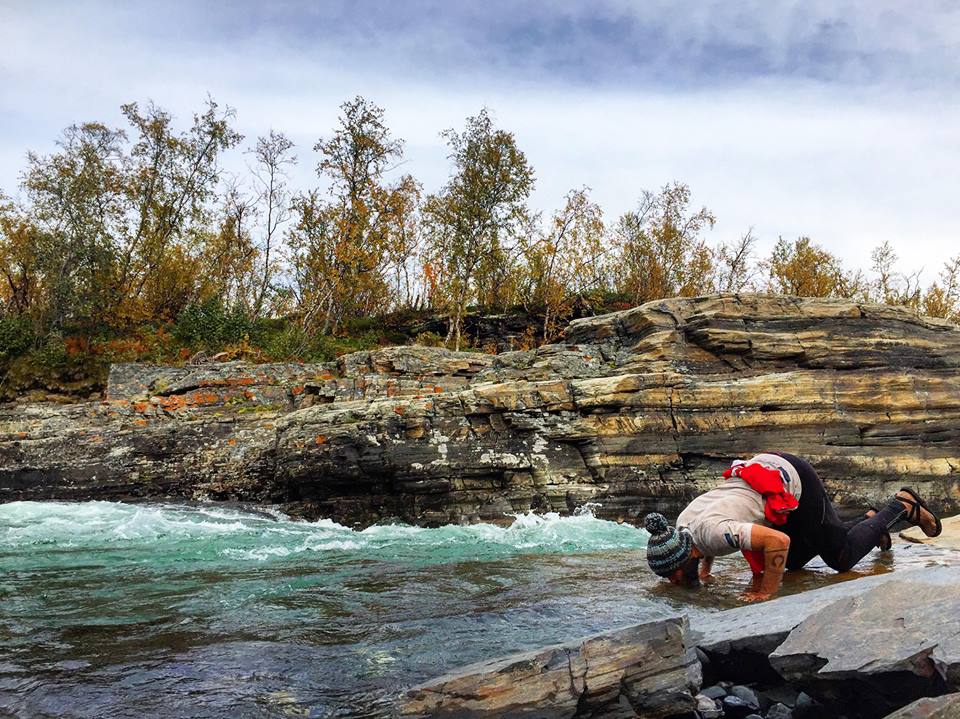 “There’s ways around the struggles and they all revolve around progress.  Set small goals.  Smile at the world.  Take time to stop and appreciate that you placed yourself in the position of being one of the luckiest people in the world.  Sing.  Dance.  Laugh out loud.  All go a long way in acknowledging the pain, hunger, fatigue, cold,” Aleks Kashefi said.

“All help in making sense of it and realising, we are all far stronger than we ever imagined.  Ordinary is extraordinary.  Pedestrian is more than pedestrian,” he added.

Hearing what Aleks has to say is intriguing for a few reasons. For one, this man is obviously a determined and psychologically driven individual.

However, what is perhaps even more striking is that everything Aleks says in conquering loneliness is applicable to all walks of life, both in extreme expeditions like his own, and in day-to-day life experienced by your average person on the street.

Audrey is cut from the same cloth as Aleks. Her mental toughness is something to be marvelled and her ability to overcome loneliness as she overcomes conditions which few in the world have before creates a whole new level of psychological toughness.

“I do a lot of my training on my own which builds mental strength and enables me to be able to motivate myself to keep going when things get tough. Being familiar with the route and what the race involves helps reduce the fear factor. Visualisation is another thing that I use,” said Audrey.

“If you break things down into smaller chunks they become much more manageable so I visualise myself reaching certain points or aid stations,” she adds. 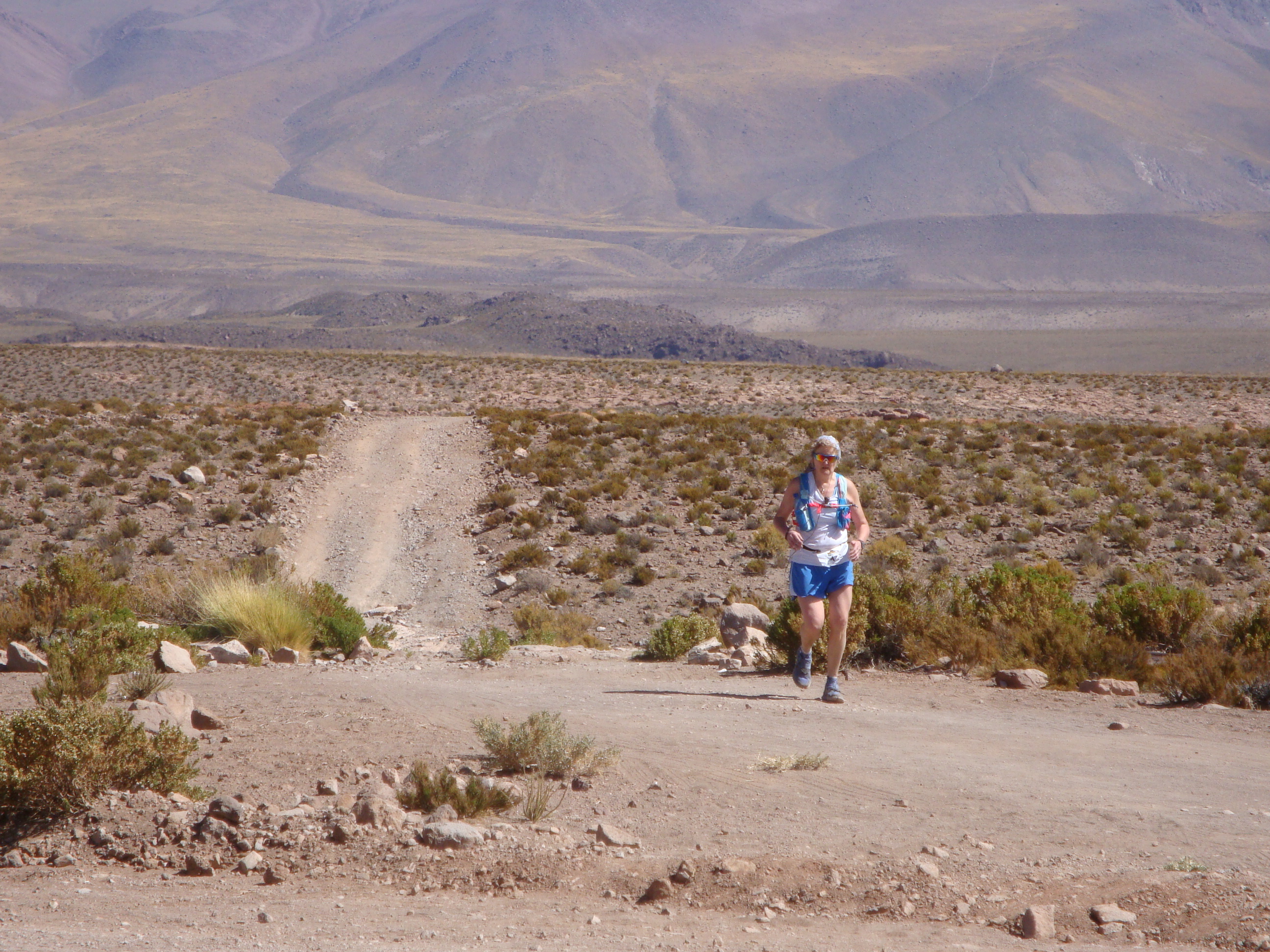 There is an ancient proverb which says, “He who would leap high must take a long run”, and in the instance of long-distance runners this is apt, particularly in encountering and hurdling loneliness.

Overcoming loneliness isn’t easy, not by any stretch of the imagination. But what these ultra-athletes have over everyone else, in a psychological sense, is preparation.

With regards to the proverb, the “long run” which precedes the high leap isn’t a literal run, but a considerably long period of time in which the athlete is strengthening their mind, toughening their psyche and preparing to face loneliness when it confronts them.

The most common running injuries

They are battle-hardened and ready to wage war on the darkest of moments.

The reality of this is that should these athletes be in any way mentally weak, it can be a matter of life and death. During a 100k run in the Antarctic’s -41 degrees’ temperatures, Audrey’s mind was her one saving grace. Her mentality kept her alive.

“During the North Pole Marathon the temperature dropped to -41. Running in the cold requires you to slow down and moderate your pace. It is very important that you do not sweat. They tell you, “you sweat, you die”,” she said.

“You sweat, you die”, four words that would, without any shame, be enough to make anyone balk. But, not Audrey. Not a psychological phenomenon, not an ultra-athlete.

In essence, it is only human for these athletes to experience loneliness. It is natural to go through dark stages, feeling totally alone and, at times, wanting to stop.

What is inspiring is the superhuman ability to counteract these same emotions and to overcome the greatest depths of despair so they can continue on their journeys.

The loneliness of the long distance runner is a without doubt a reality. The determination to overcome loneliness is an example for us all, athletes or otherwise.

Remember, when all else fails, there are always animals to talk to…

We have a good selection of Ultra Runners on PledgeSports with Barefoot Aleks, JimGump, Sophie’s ‘Rundinavia’ and Audrey’s ‘Global Odyssey’.  This is an area that we are devoutly interested in, simply because these people are doing amazing things.

Know anyone else looking to fund an expedition? Whether its a run, swim, cycle, then put them in touch – info@pledgesports.org

5 thoughts on “Loneliness of the Long Distance Runner”