Cycling is one of the most popular sports worldwide, so, we try to answer the big question among its fans: “Who are the best cyclists in history?”.

At PledgeSports, we are huge cycling fans and have helped many individual cyclists, teams, and events raise money for their sport through crowdfunding. We felt it time to weigh in on the near-impossible debate that is naming the best cyclists ever.

Without further ado, here’s our countdown of the best cyclists to have ever mounted a bike:

*We are fully aware that at least some of the cyclists below have been involved in doping, and we do not condone the use of performance enhancing drugs in any way.

Jan Ullrich won two Olympic medals including a gold medal at the 2000 Sydney Summer Olympics, he also won the HEW Cyclassics in Hamburg in 1997 and achieved the title of Vuelta a España in 1999.

Ullrich is noted for the bicycle boom in Germany after his victorious ride in the 1997 Tour de France. He was barred from the Tour de France while being accused of doping and sadly found guilty of a doping offense by the Court of Arbitration for Sport in 2012.

All his finishes since May 2005 were removed from his Palmarès after he admitted to blood doping in 2013. Ullrich was also stripped of his 3rd place finish at the 2000 Sydney Olympics. He started developing his own line of Jan Ullrich Collection bicycles since May 2006.

Cycling is one of the top endurance sports, read why here 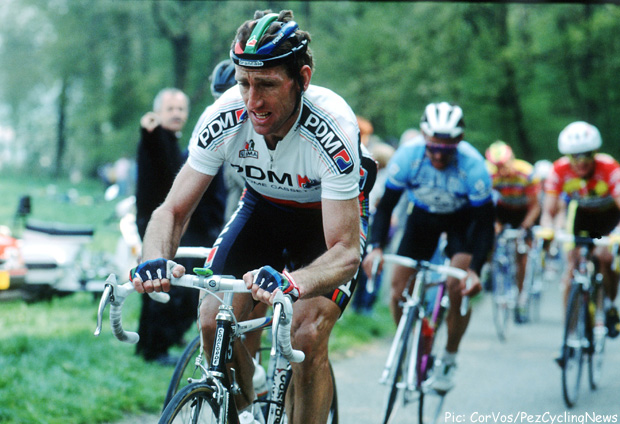 Kelly is widely regarded as one of the finest classics riders in cycling history and was one of the most dominant forces of cycling world during the 1980s.

Kelly won a total of 193 professional races including nine monument classics in his active cycling career spanning from 1977 until his retirement in 1994. He became the first UCI Road World Cup winner in 1989 and achieved the Paris–Nice event seven years in a row.

Kelly is also noted for his championship race victories which include Milan – San Remo, Giro di Lombardia, Paris–Roubaix, and Liège–Bastogne–Liège. He was the first cyclist to be ranked World No.1 when the FICP rankings were introduced in March 1984. He held the World No.1 position for a record six years.

The best mens and ladies tennis players throughout history

The first star cyclist from Italy, Bartali shot to fame in the preceding years of World War II. He won Giro d’Italia in 1936 and 1937, before winning the first of his two Tour de France titles in 1938.

After the war, he won his last Giro title in 1946, defeating biggest rival Coppi. His second and last Tour de France title came in 1948 with which he registered a record for the largest gap between victories in this tournament. Bartali also has seven victories in monuments to his credit. 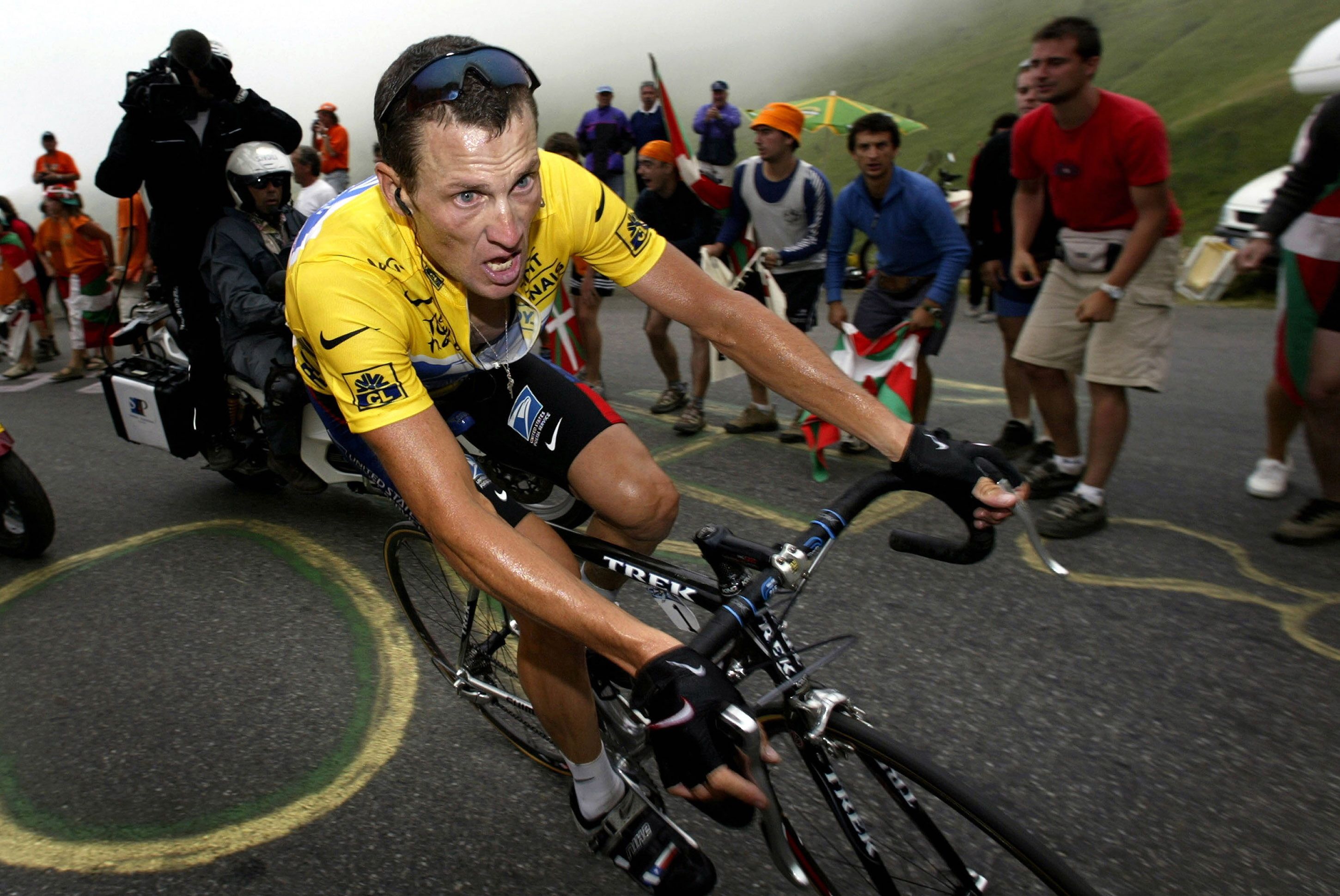 A controversial addition, Lance Armstrong held the Tour de France titles seven times in a row from 1999 to 2005 but was later stripped of his achievements after a positive doping test.

He won all of his Tour de France titles and a bronze medal in the 2000 Summer Olympics as a member of the US Postal and Discovery team from 1998 to 2005. Armstrong raced with the Team Radio Shack, a UCI ProTeam, in 2011, after which he declared his retirement from the professional circuit.

If Lance stuck to these legal performance enhancing drugs he might not be such a disgrace in the cycling world!

He was nicknamed “Il Re Leone” and Super Mario and achieved a total of 191 championship victories in his career spanning from 1989 to 2005. Cipollini, after retiring from professional circuit, made his comeback in 2008 Tour of California with Rock Racing and finished 3rd on stage 2. He started manufacturing his own brand of bicycles since 2010 which was used by the Italian ISD-NERI team.

Cipollini was accused of being a client of Doctor Eufemiano Fuentes for Performance-Enhancing drugs from 2001 to 2004 in a news report published by Italian newspaper Gazzetta dello Sport in February 2013.

The top sources of plant protein 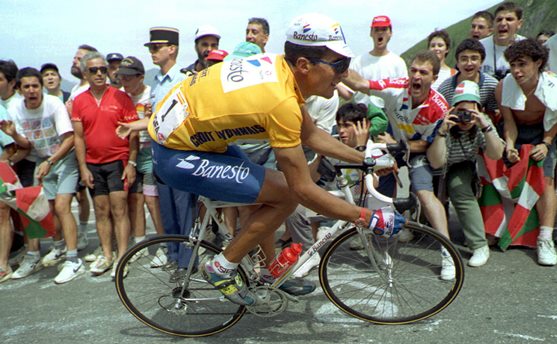 Miguel Indurain achieved the title of Tours de France consecutive five times from 1991 to 1995. Indurain was the youngest cyclist ever to win the Spanish amateur national road championship and was nicknamed “Miguelón” or “Big Mig” for his sheer size.

He was stated as “He looks as relaxed off the bike as he does when he is on it, but you are aware that you are in the presence of a great bike rider” by the Cycling Weekly magazine.

Indurain is one of the only seven people to achieve the Giro-Tour double in the same season in cycling history. He currently holds the record for the most consecutive Tour de France wins after the revocation of Lance Armstrong’s seven wins.

Former French road racing cyclist Jacques Anquetil was the first cyclist to win the Tour de France five times which he did four times consecutively from 1961 to 1964 after achieving the first one in 1957. He is noted for the ability to ride alone against the clock in individual time trial stages which earned him his nickname “Monsieur Chrono”.

Anquetil achieved the bronze medal while riding for the French cycling team in the 100 km time trial at the 1952 Summer Olympics in Helsinki. He won the Grand Prix des Nations title nine times in a row without being defeated. Anquetil was named by L’Équipe as “France’s champion of champions” in 1963 and appointed Chevalier de l’Ordre national du Mérite in 1965.

The 10 most played sports globally 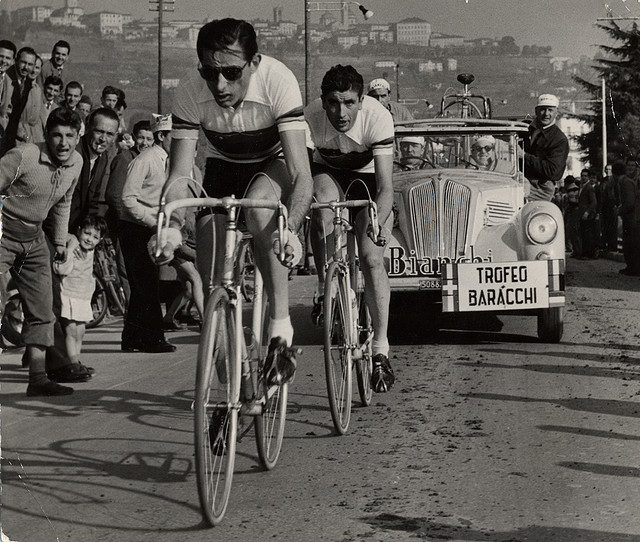 Legendary former Italian cyclist Fausto Coppi is regarded as the most dominant force in the Cycling world during the Second World War era. His world hour record at the Velodromo Vigorelli in Milan stood for 14 years since 1942 until it was surpassed by Jacques Anquetil in 1956.

Coppi achieved the title of Giro d’Italia for the first time at the age of just 20 in 1940 and eventually won the Giro d’Italia five times. He won the World Championship in 1953 and became the title holder of the Tour de France title twice in 1949 and 1952. Coppi won the Milan – San Remo Classic three times and the Giro di Lombardia five times in his active cycling career.

The highest paid athletes in the world

This legendary cyclist is also noted for his amazing victories at Paris–Roubaix and La Flèche Wallonne.

Hinault, in his career spanning 12 years, achieved more than 200 victories. He won the Giro d’Italia thrice and the Vuelta a España twice. He is remembered for finishing the race nearly 10 minutes ahead of his next rival in 1980 Liège–Bastogne–Liège Classic event.

We answer the age old question “what’s the Fittest sport” 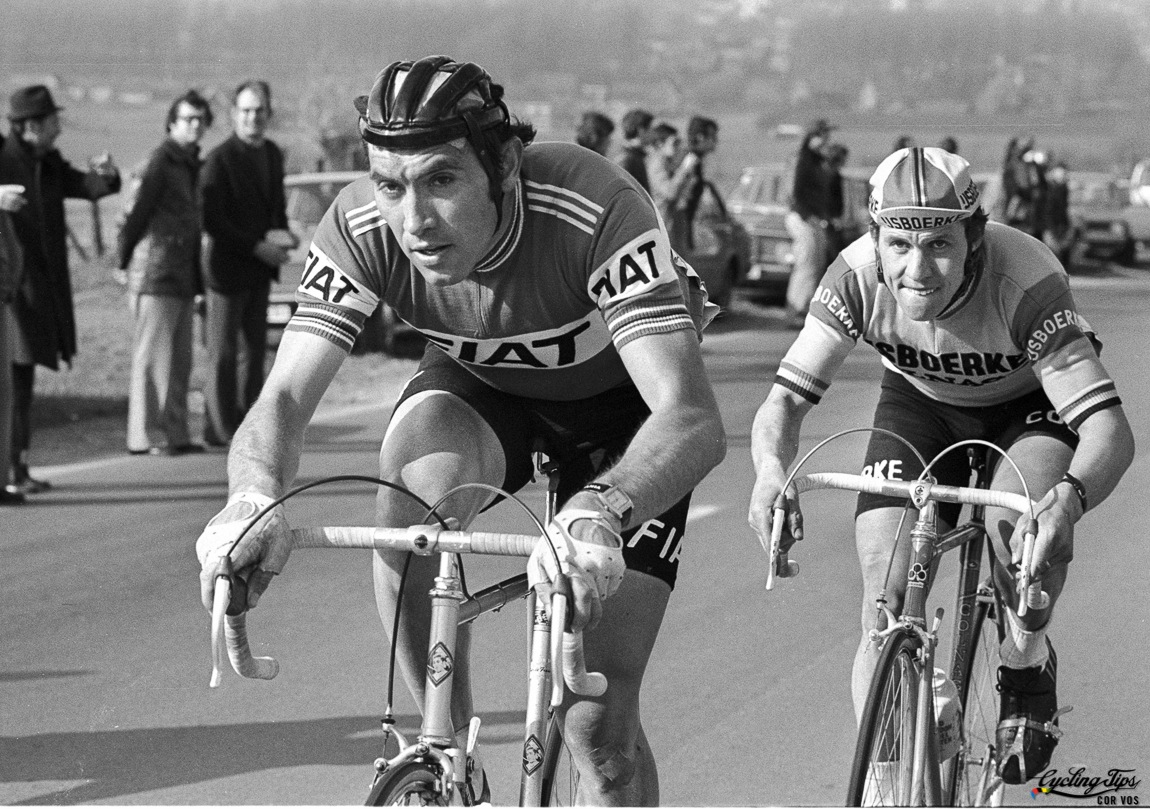 Eddy Merckx was described as the greatest and most successful cyclist of all time by the VeloNews of the United States. He was also stated as “the most accomplished rider that cycling has ever known” by the French magazine “Vélo”.

Eddy achieved the title of Tour de France and Giro d’Italia five times each, became the World Champion thrice and won the Vuelta a España once in his active cycling career.

He, in his heydays, won all the classic “monument” races of professional cycling at least twice each and gathered a total of 19 Classics victories. Eddy is also noted for his commercial and sporting projects besides his cycling career and has his own line of bicycles called “Eddy Merckx Cycles”.

3 thoughts on “10 Best Cyclists In History”