It’s been an interesting year in the Champions Cup so far, full of action, scandals, disappointment and success.  In scandal terms, were talking about Saracens, in November 2019, they were handed a 35-point deduction and fined £5.3m after they were found to have breached Premiership Rugby salary cap regulations over the previous three seasons.  At the end of the current season Saracens are to be automatically relegated.

Big disappointment for Munster this year as the reds fail to make the quarter finals in the first time since 2016.  The two time Champions Cup Winners and two times runners up finished in third place in pool 4 with only 16 points. 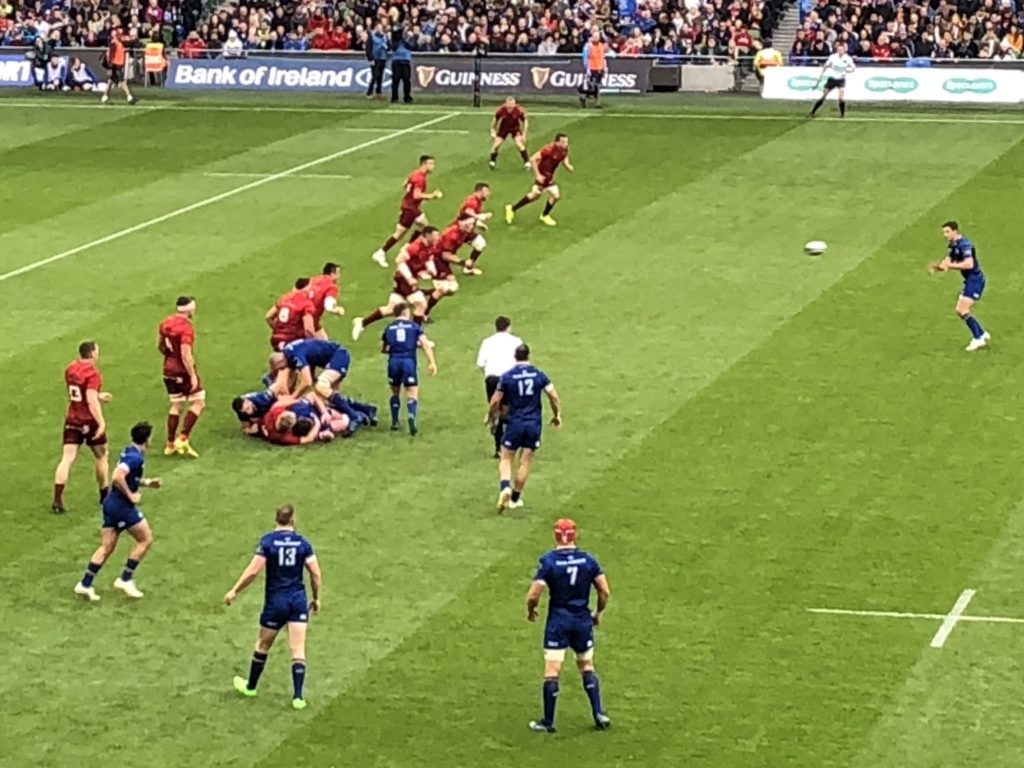 Undoubtably the match of the quarter final stage will be Leinster V’s Saracens at Leinster’s home ground, the Aviva Stadium.  Leinster are unbeaten in both the Champions Cup and Pro 14 this year.  Leinster finished the pool stage as top seeds with six wins from six games and a nearly immaculate clean sweep of 28 points from a possible 30. While Saracens finished second in Pool 4 with 18 points and four wins from six games.

These two evenly matched teams last met in last season’s Champions Cup Final in Newcastle, with Saracens proving the better team on the day, winning 20-10.  In 2018, the teams met in the quarter-finals with home side Leinster winning 30-19.

The unbeatable Leinster are favourites, but Mark McCall’s team have nothing left to play for now that their relegation has been confirmed so will be as dangerous as ever.

Ulster’s win over Bath in the last pool 4 game gave them the 21 points they needed to make way to the quarters They have been more than competent all season but remain heavily reliant on a few key players.  Toulouse are the powerhouse they have always been of late, finishing up top of pool 5 with 27 points out of 30, they also have the home advantage in this one.

Two French teams will slug it out in this tie.  Clermont fished up pool 3 on 24 points and will host Racing who finished pool 4 on 23 points.   Clermont are not easy beat at home but Racing are hard to beat anywhere, making this a supercharged French clash where even the bookies don’t have a favourite yet.

Exeter  have has phenomenal season racking up 27 pints in pool 2, and they did it all without breaching the salary cap rules!  Northampton barely scraped in on 19 points and got absolutely trounced by Leister in December, it will be hard to see them progressing past the quarter finals.

We’re predicting that Leinster, Toulouse, Clermont and the Chiefs will go through to the semi finals.   All QF ties will be played on the weekend of 3, 4, and 5 April and we’ll update the times as soon as they’re available.

The 10 best rugby players ever