10 Best Rugby Players Of All Time

Rugby is one of the most popular sports worldwide, so, we try to answer the big question among its fans: “Who are the best rugby players in history?”.

At PledgeSports, we have helped many players and clubs from rugby union, league, 7’s and touch, raise money for their sport through crowdfunding. We felt it was time to weigh in on the near-impossible debate that is naming the best rugby players ever.

Without further ado, here’s our countdown of the best rugby players to have ever graced the sport along with some current generation outstanding players :

Former New Zealand rugby union player Zinzan Brooke is widely considered as one of the best flankers in the history of rugby union.

He led Auckland Blues to victory as a captain in the Super 12 championships in 1996 and 1997. He earned 58 caps in the All Black New Zealand national rugby team, in which he scored 89 points, and also played 42 non-international matches for the All Blacks.

He held the world record for a forward at the time of his retirement for scoring 17 tries in Test matches and was ranked eighth greatest player of all time on the list of “50 Greatest Rugby players” compiled by The Telegraph in 2007. 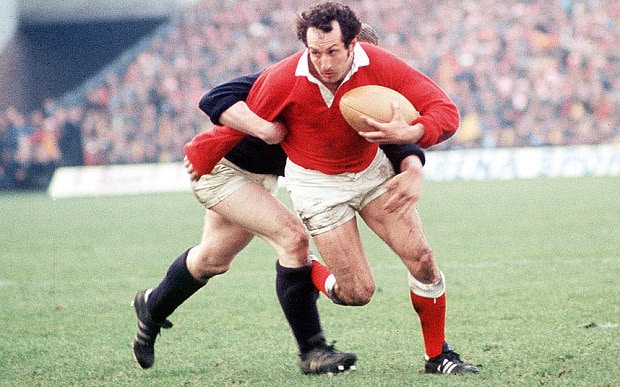 Former Welsh rugby union player Gareth Edwards is “arguably the greatest player ever to don a Welsh jersey” according to the BBC.

He played 53 matches for Wales’s national team and scored 88 points from 1967 to 1978 and also played 10 matches for the British Lions and scored 3 points. He played 12 seasons of his career for Cardiff RFC in his club career and scored 69 tries in 195 games.

He was voted the greatest player of all time in a poll of Rugby World magazine in 2003. Gareth was also named the greatest ever on the list of “50 Greatest Rugby players,” compiled by former England captain Will Carling in The Telegraph in 2007.

He received the Commander of the Most Excellent Order of the British Empire in the 2007 New Year Honors for his contribution to international rugby.

Wilkinson’s CV includes he played for Newcastle Falcons and Toulon and represented England and the British and Irish Lions.   Wilkinson won 91 caps for England and his country won 61 of these when he played.  Wilkinson holds the Rugby World Cup points record with 277 and is the only player to score points in two Rugby World Cup Finals.   He is probably best remembered for scoring the winning drop goal in the last minute of extra time against Australia in the 2003 World Cup final against Australia.

He was a legendary number 10 in attack, kicking, and defence, injury proneness was his only weakness.

English former rugby union player Martin Johnson is regarded as one of the greatest locks in the history of rugby.

He led his England national team to victory in the World Cup in 2003 and is also the only man to captain the British and Irish Lions on two separate tours.

He led his club team Leicester Tigers to the victory of the league six times and also won the Heineken Cup consecutively.

He earned 84 caps in England’s national rugby team in which he scored 10 points and also earned 362 caps in Leicester Tigers where he scored 90 points.

Since his retirement, he has served as manager of the national team between 2008 and 2011, leading England to Six Nations success in his final year before resigning after the 2011 World Cup.

Former New Zealand rugby union player Jonah Lomu is widely regarded by most as the first true global superstar of rugby union. He was also considered as ‘rugby union’s biggest draw card’ during his career.

He earned 63 caps and scored 185 points for New Zealand All Black from 1994 to 2002. He played for three domestic teams in the Super Rugby which included Auckland Blues, Chiefs, and Hurricanes.

He holds the record of the Rugby World Cup all-time top try scorer with his 15 tries and was considered as one the best players of rugby in international championships starting from 1995 World Cup, unfortunately, he never won a World Cup during his career. 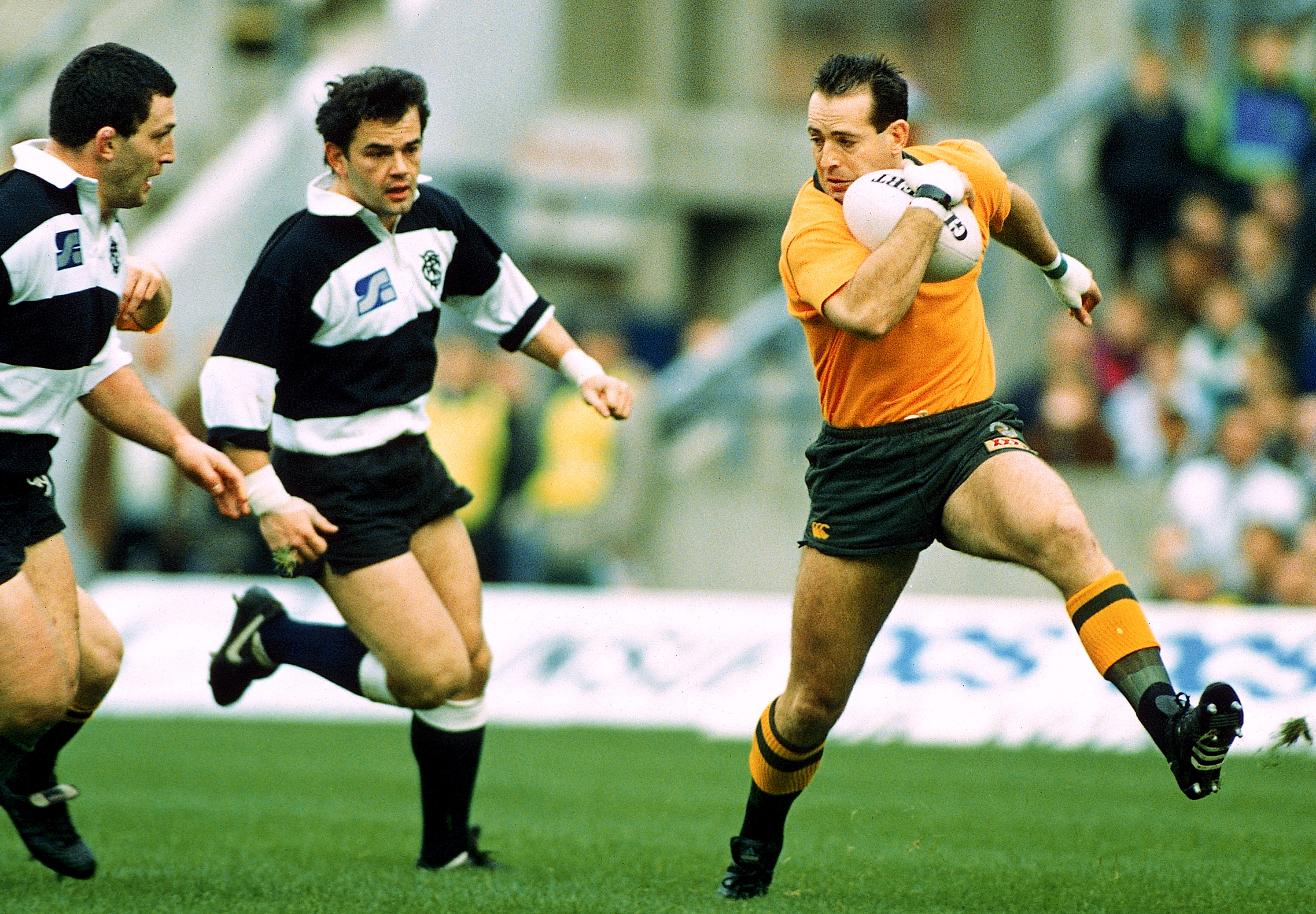 Former Australian rugby union player David Campese is widely considered as the greatest winger and fullback of rugby history. He is also widely popular for his hitch-kick motion called the “goose-step” which is superior for avoiding tackling of the opponents.

He achieved 101 caps in the Australian national rugby team The Wallabies and scored 315 points. He also played for New South Wales in his club career and earned 56 caps and 114 points.

After his incredible journey of nine tries in tests and six in the rugby world tournament, he was voted as the player of the tournament at the 1991 Rugby World Cup.

Former Irish professional rugby union player Brian O’Driscoll is widely regarded as the best outside center in rugby history. His popularity and fan support were so vast that his admirers attended his matches wearing T-shirts bearing the motto “In BOD We Trust.”

He captained Ireland’s national rugby team from 2003 to 2012 and also captained the British and Irish Lion during the New Zealand tour in 2005.

Besides international appearances, Brian also played for Irish provincial team Leinster, starting their run as one of the most successful rugby clubs in Europe.  He played 141 test matches for Ireland, which includes 83 matches as the captain, and played 8 for the British and Irish Lions, which, in total, made him the most-capped player in Irish rugby union to this day.

All you need to know about Major League Rugby

New Zealand former rugby union player Michael Jones also served as the coach of the Samoa rugby team from 2004 to 2007 after his retirement from the professional rugby.

He was one of the most offensive players during his career and nicknamed The Iceman for his need of ice packs for injuries during gameplay. He is “almost the perfect rugby player” according to his first coach John Hart.

He played for New Zealand All Black as the most successful Flanker and earned 55 caps with 56 points. He was voted as the third-best All Black of the 20th century by Rugby World magazine.

He was inducted into the International Rugby Hall of Fame in 2003. Besides his sports career, he was also honoured with New Zealand Medal for service to the Pacific Island community in 1990. 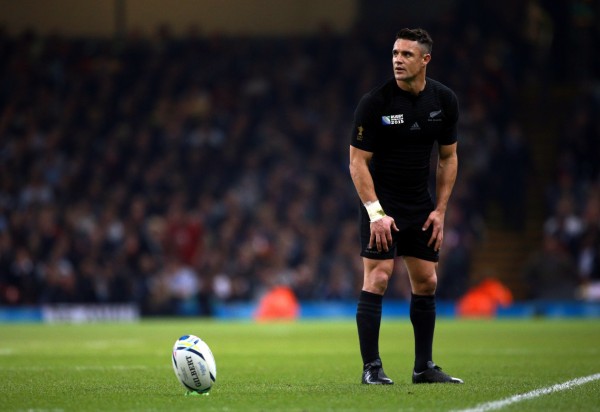 He earned 100 caps for New Zealand’s national team the All Blacks and scored 1,442 points. He played for Crusaders in Super Rugby where he earned 128 caps and 1,581 points. He also played for Canterbury provincial team and scored 289 for them.

Carter won six Tri-Nations and Rugby Championships with the New Zealand national team and four Super Rugby titles with the Crusaders. He also led his national team to victory in the 2011 Rugby World Cup. 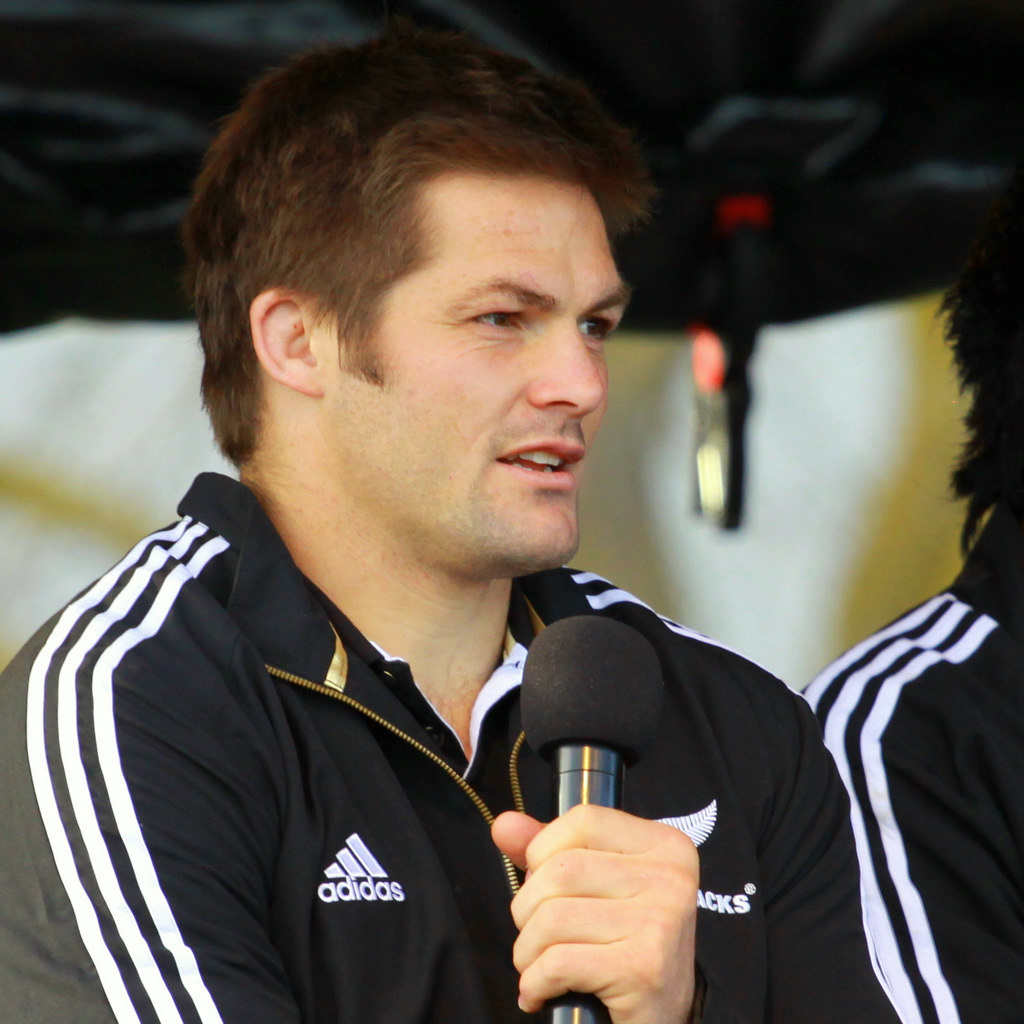 Where do we start, two-time World Cup-winning captain in 2011 and 2015, and played in 2003, and 2007.  Named world rugby player of the year three times, in 2006, 2009, and 2010.  A breakdown master, super athlete, inspirational leader, a remarkable ability to talk referees onto his side, and one of the most durable All Black player ever, McCaw had everything.  He captained the All Blacks, in 110 out of his 148 test matches and he holds the record of the most capped test rugby player of all time.

The best NFL players of all time

There are a few notable forwards too, Tadgh Furlong has been a vital component of Ireland’s recent successes,  he’s regarded as the best tighthead prop in the world, but outside the scrum and massive clear outs, he has speed, a nimble sidestep, and amazing ball handling abilities, making him a regular try scorer for both Ireland and his club Leinster.

Siya Kolisi who captained South Africa’s World Cup success in 2019, and teammate Eben Etzebeth are both giants and much-feared forwards who are becoming legends.

Veteran lock for England Maro Itoje and All Black Ardie Savia also deserve to be in any conversation about rugby greats.

However, they’ll need to put in a lot more work to move one of these legends off the list.  Stay tuned for more!

41 thoughts on “10 Best Rugby Players Of All Time”