In this six-part series, we analyse the world’s ultimate endurance sports to determine which sport demands the greatest level of endurance from its respective athletes. Second on the list is Cycling. If you missed our feature on Running you can check it out here.

At PledgeSports we’ve helped a huge number of cyclists and cycling teams raise money for their sport. Because of our familiarity with the sport, we’ve decided to delve a little deeper and explain the science behind cycling and the endurance of its athletes. 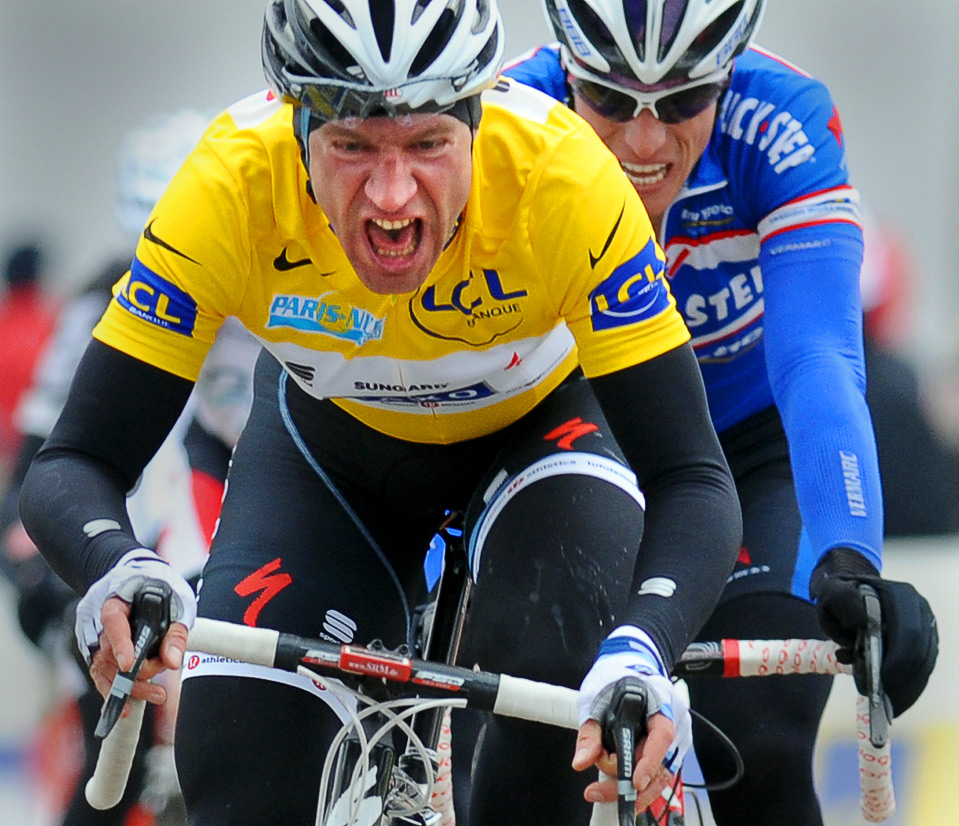 Cyclists are known for being made of tough stuff. Riders endure burning legs and searing lungs on a regular basis. Pro rider Jens Voigt famously coined the phrase “shut up legs”, which is a good insight into a rider’s mind as they continue to push through the pain barrier.

At some point, the majority us have sat down and watched a bit of the Tour de France. The world’s top riders make it look easy as they glide through mountainous French terrain at an average speed of 25 miles per hour.

But as many of us fail to look beyond the flawless performance of the rider in the yellow jersey, we never truly understand the level of endurance required to finish races like the 2,100 mile Tour de France, the 2,220 mile Giro D’Italia, the famous Pyrenees passage of the Vuelta a Espana, or the 1,100 miles Iditarod Invitational which takes place in Alaska’s -50 degrees temperatures.

That is, until now. 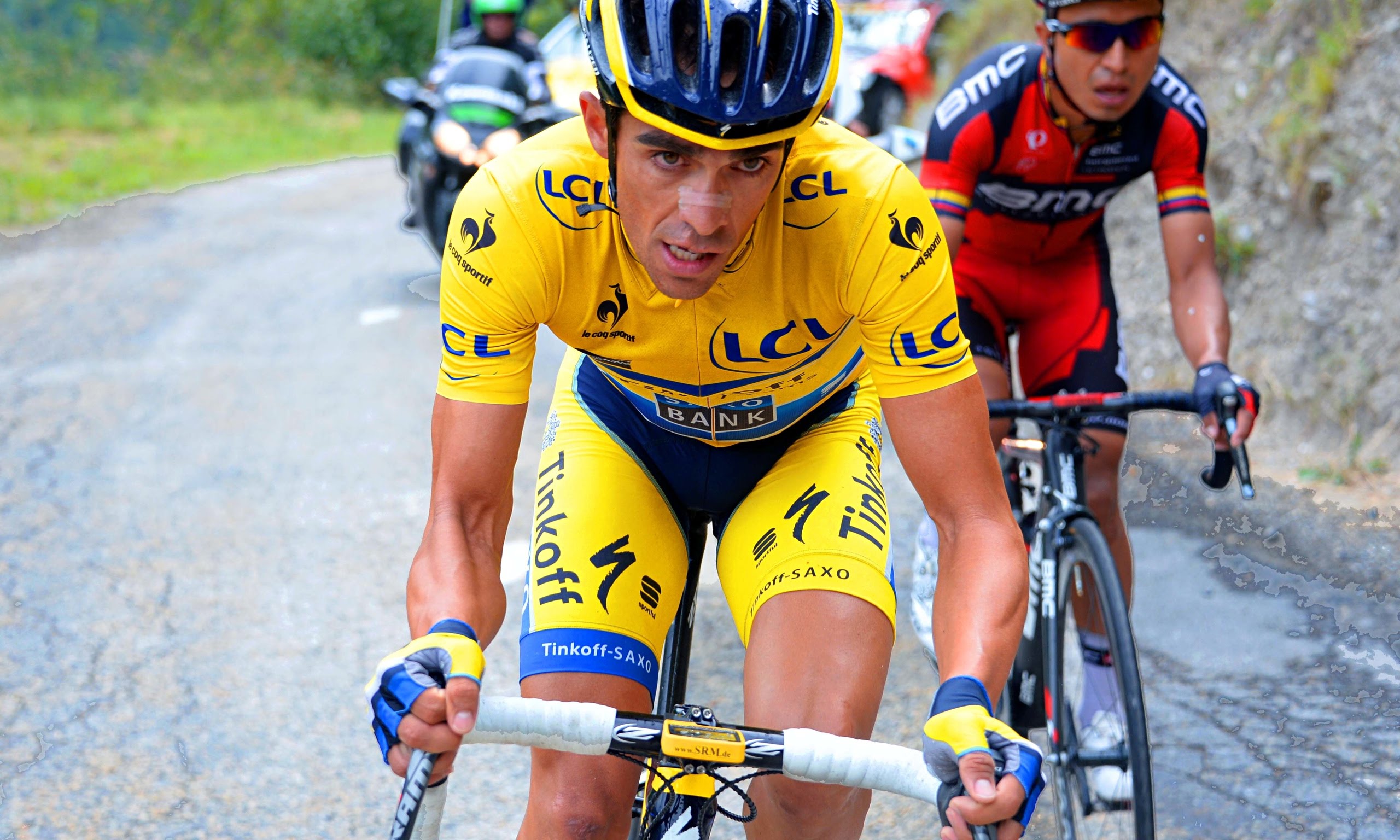 Despite leg muscles burning with lactic acid build-up, cyclists constantly carry on. Many believe it’s the rider that is willing to suffer more than everyone else who is the eventual winner of the most epic and challenging races.

What singles out athletes and makes them able to suffer? Are they born with the ability to ride through the pain or are they trained to deal with it?

Often we see riders’ faces contorted, mouths gasping as they plough on in pain in time trials, during solo breaks and up huge mountains. Surely if this pain could be turned off, or blocked, it would mean riders could perform better and ride faster, right?

Wrong. These guys thrive on pain.

An experiment conducted by the University of Wisconsin found that when the drug fentanyl was injected into cyclists’ spines to completely block any pain in their lower body, they didn’t actually perform better. 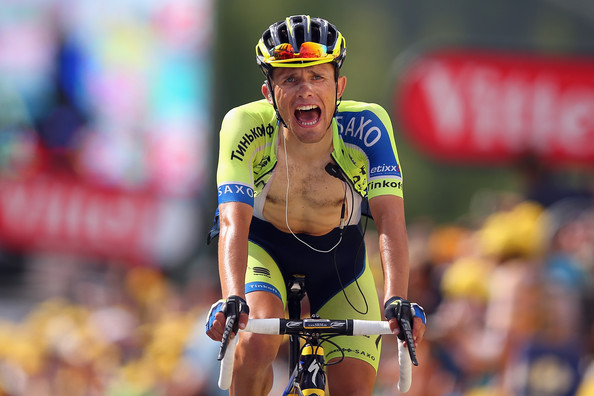 The study compared the results of a five-kilometre time trial when riders took fentanyl and a placebo. When injected with fentanyl, riders started the time trial significantly faster, but once they ran out of steam half way they significantly slowed. Overall, those on the placebo recorded faster times.

The head of the Pain Genetics Lab at McGill University, Dr Jeffrey Mogil explains: “Pain is more than one thing. It’s a sensation, like vision or touch; it’s an emotion, like anger or sadness; and it’s also a ‘drive state’ that compels action, like hunger.”

Researchers at King’s College, London reinforce the idea that cyclists tolerate pain better than the general population — not because they are inherently tougher, but because they’re trained to. It’s thought that everyone has the same pain threshold, so they feel the pain at the same time — but cyclists are able to put up with it for longer.

This ability to deal with pain like this not only makes races like the Tour de France possible, but it also explains why riders can continue on even when they are badly injured.

The toughest cycling races on earth

Cyclists endure a crazy amount of pain beyond a build-up of lactic acid in their muscles. 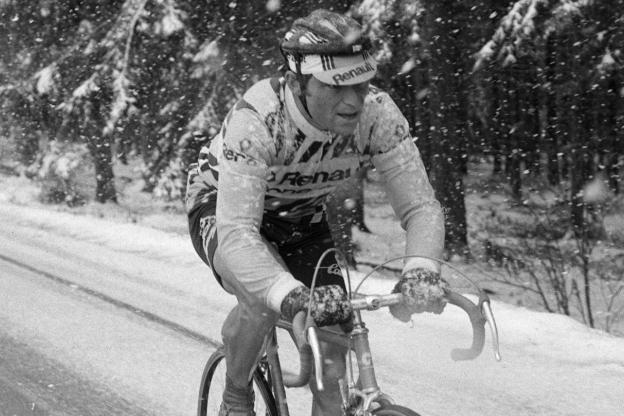 In the  1980 Liège-Bastogne-Liège, Bernard Hinault battled heavy snow, despite the majority of riders abandoning, to finish nearly 10 minutes ahead of his rivals.

As he grimaced through the biting cold, he finished with two severely frostbitten fingers, which are still numb today according to Cycling Weekly.

Cycling is great for your health – here are 8 reasons why

More recently, in 2013, Geraint Thomas continued to ride the Tour de France after fracturing his pelvis early on in the race. Although allowed to take regular painkillers, he was regularly being lifted off his bike at the end of the stages. As Thomas explains: “The next day (after the crash) was the worst day I’ve had on the bike. Just pain. The team realised something wasn’t quite right, so I ended up on the CT scan in hospital. That’s when the fracture came up.

“I thought that was it. But the guys in the hospital said it definitely wasn’t going to get worse from riding; it was just whether I could put up with the pain. That was encouraging. I definitely didn’t want to stop.”

In the 2014 Tour de France, Reto Hollenstein, who was riding for the wildcard IAM Cycling team suffered an early collision during Stage 16.

With his jersey in shreds, helmet smashed and the race disappearing ahead of him, he did what any cyclist would do: He chased. He did so alone for 60km with a pain in his chest that made it near impossible to breathe.

Hollenstein finished Stage 16 almost 27 minutes behind the stage winner Michael Rogers. What he later learned put a stop to his race. Hollenstein was diagnosed with pneumothorax. He had ridden over 220 kilometres with a collapsed right lung.

From The Words Of A Professional Cyclist 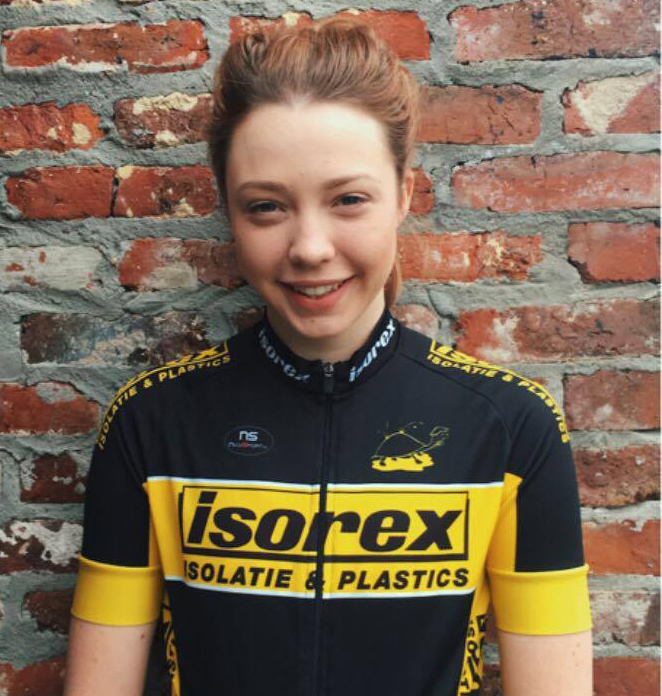 Megan Chard was an athlete on PledgeSports. The Welsh teenager is in her first season as a pro rider.

“Cyclists push themselves beyond the limit in order to succeed, so much that the limit no longer exists,” explains Megan.

“Training 20-30 hours a week on the bike, another 5-10 off the bike. People don’t realise how much sacrifice is needed to be the best. Mentally and physically I would say it is one of the hardest sports,” she continues.

“Le Tour De France, 3,500 kilometres in 21 days. Four, five, six hours on a bike each day, concentrating on the plan that’s been discussed many times with the team before hand.

“A team of 9 riders, riding for that 1 person. 8 riders putting themselves in so much pain day in, day out, for the slightest possibility that the 9th man could win the greatest bike race of all time. 8 riders exceeding their limits, pushing so hard that sometimes they can’t finish the race. The pressure on the 9th rider to do something amazing, to push beyond his limits. 20-22 teams of 9 riders doing this, yet there can only be one winner.

“That’s the beauty of cycling – the sacrifice,” she concludes.