Sport is fantastic, and for the most part, getting started or involved in sport can be done for quite a small price. However, there are some sports which cost an arm and a leg to compete in.

At PledgeSports, we are huge sports fans and acknowledge that now more than ever sports funding is difficult to source. our sports crowdfunding platform has helped athletes, teams and organisations from all over the world raise well over 1 million for their sport.

We stuck to the more mainstream and accessible sports for this article, obviously, F1 and sports like sky diving, base jumping, wing suit flying (as you have to get on a plane to do them) would be more expensive than the below, but they’re not mainstream.  In case you feel like emptying your wallet, here are the world’s most expensive sports.

Participating in a sport at the highest level can be an expensive proposition. Depending on the sport, the costs for equipment and training can be high.

If you want to participate in the Pentathlon, you should be ready to spend money on not one, but five sports. These sports are fencing, swimming, show jumping, pistol shooting, and running.

Obviously, the cost of show jumping is far and away the most expensive facet, as it requires a horse and, as discussed earlier, horses don’t come cheap. But there are other costs from training for all the other events, such as the costs of fencing equipment as well as the purchase and maintenance of guns.

Again, if one sport is not pricey enough, this is the sport for you.

The richest sporting events in the world 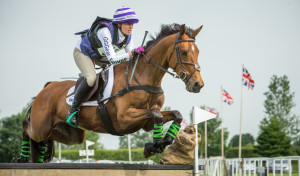 Equestrian is the sport concerned with the skill of riding, driving, steeplechasing, or vaulting with horses. Riding a horse is an activity that many children dream of doing. Equestrian sports, however, are sports that only the privileged few can participate in.

The costs of training and maintaining a horse for the events in equestrian sports can be astronomical and include traveling to events and stabling the animal appropriately. The cost of exhibiting a horse on the international circuit can exceed $200,000 a year.

This figure does not even include the cost of purchasing a horse.

The top horse racing betting sites in the US

Tennis is undeniably one of the most expensive sports on the planet.

In fact, a 2010 study by the U.S. Tennis Association showed that the average season as a professional would cost a player $143,000 in expenses.

You might think a sturdy racket and a pair of suitable shoes will do the trick, but if a player is to seriously compete you must factor in the hefty fee of coaching and international travel which is the biggest cost factor.  If you want to progress professionally you need to travel around the world all season to compete and build up ranking points

Rest assured, if you’re serious about tennis you’ll be served many eye-watering bills.

The 10 best mens and ladies tennis players of all time 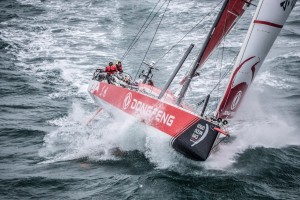 There shouldn’t be a surprise to see sailing on this list. Owning a boat is usually more expensive than owning a car and the boats required for this sport, and the assortment of equipment requires deep pockets.

A sailing vessel can cost up to $100 million as in the AC 72 craft which participates in the likes of the America’s Cup.

Once the necessary equipment is purchased, sailing is not that expensive!

The only problem is it is usually a sport that takes place over a few months. The rest of the time the boat has to be stored and this is where most of the money is spent. When the boat in question is on dry land, it is an expensive task to make sure it is suitable to go back in the water. 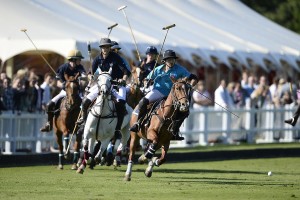 Like equestrian, polo requires the purchase of an elite horse and requires maintenance, training and travel costs.

What separates polo is that it requires those who play it to own more than one horse. Most polo players need about four horses in order to substitute tired horses. Polo ponies must be exercised regularly and this usually requires two grooms at $2,500 a month.

One characteristic of polo is there is a high rate of injury so those prepared to participate should anticipate high medical expenses as well.

The hardest sports in the world

To do motor racing you need a kart or car and these are not cheap.  But it’s the fixing and maintenance that really adds up, add on the cost of getting your car to races and fuel, then things really start to add up.  Also the further you rise through the ranks of motor racing, the more expensive the cars get.

Speaking of high medical costs, those dreaming to be Formula 1 drivers should expect to have high expenses as injuries are prevalent and are usually more serious than a sprained ankle.

Also, there is the small fact that participation requires one to own their own car, which is more expensive say, than owning your own basketball.

Formula 1 is the pinnacle of motor racing and to reach this level, drivers have to start racing from a young age on go-karts. The costs rise at each level and corporate sponsors are essential as entering a Formula 1 race costs about $190,000.

There is a reason why the cars and athletes look like walking advertisements for various products. The cost of the cars are astronomical and the tires usually cost more than the average road vehicle. 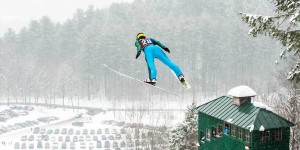 Ski jumping is a sport everyone loves to watch in the Winter Olympics.  The sport became very well known even to nonsports fans by the great sports underdog story “Eddie The Eagle”

But access to coaching and to ski jumps for training and travel (as there aren’t exactly ski jumping facilities in every town) is what makes this one of the most expensive sports to compete in.  And then there’s the cost of an insurance policy. As one can imagine, being insured for a sport that requires an individual to fly down an incline at great speeds and jump is not easy or cheap!

Know another that we could add to the most expensive sports list?  Let us know!

13 thoughts on “8 Most Expensive Sports”