America has long been viewed as rugby’s sleeping giant – a country with the facilities, no shortage of great athletes and massive audience, all of which could be a great receipt for success.  America’s dominant sports – American Football, basketball, baseball and hockey has left rugby as a minority sport for years, however the last Rugby World Cup and the recent success in the USA 7’s team are changing that somewhat and attracting a whole new batch of fans.

One of the main problems with rugby in America has been that players don’t convert to the sport until their late teens or early 20’s, where as the strong rugby nations has a school feeder system in place which means players are starting at a much younger age.  But USA Rugby wants to change all that and increase the number of players at a grassroots level.

All you need to know about the 2019 Rugby World Cup 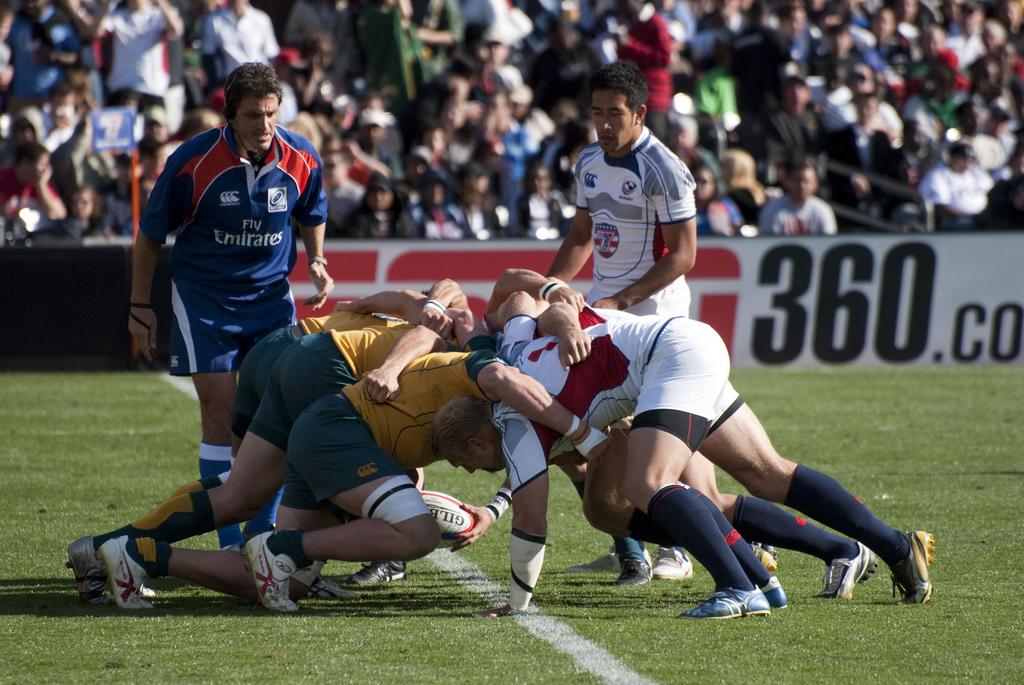 The Rise of Rugby

Today, USA Rugby has over 130,000 memberships, the largest segment being college rugby with over 32,000 members. USA Rugby oversees 1,200 high school teams, 900 college teams, 700 senior club teams, and 400 youth teams.  Between 2016 and 2017, team participation in rugby grew 18.7% in the USA — more than any other sport.  continuing this trend rugby union has been identified as one of the fastest growing sport in the nation.

The rise of rugby is producing some real stars too, for example crowd favourite – Carlin Isles who has scored over 150 tries ranks second for the United States in career tries scored, behind only team mate Perry Baker.  Isles is well known as the fastest rugby player in the world with an official USTA sanctioned wind legal 10.15′s 100m time.  These two are currently some of the fastest athletes in any sport.

In 2018 a Major Rugby League was set up, which could be a major step forward for rugby in the USA.   After a successful inaugural season in 2018 that saw seven teams battling for North American supremacy, the league has expanded to 9 teams for 2019 and has plans to expand further in 2020.

The MLR is a professional rugby union competition and the top-level championship for clubs in North America, with more money and a higher level of professionalism rugby is starting to attract athletes who otherwise would have entered the NFL feeder system. Below are the 9 teams in the 2019 Major League Rugby which spans six months from late January through to mid June

The USA Sevens is the largest annual rugby competition in North America. The tournament has grown in massively in popularity since the tournament began in 2004. In recent years, a number of events have accelerated the surge in popularity, including the announcement in 2009 that rugby would return to the Summer Olympics, and it turned out to be one of the star attractions at Rio 2016.

The U.S. has played in seven World Cups from the inaugural 1987 tournament to the most recent one in 2019.  Their performance in World Cups has been disappointing, none more so that the RWC in 2019, but 2023 will be a lot brighter.  The USA now has some of it’s key players now playing for the big European clubs (Paul Lasike -Harlequins, AJ MacGinty – Sale Sharks, Titi Lamositele – Montpellier).

With this massive pool of talent which is all the time fine tuning and getting the necessary experience playing at top level both at home and abroad, it easy to see why the USA is an awakening giant in world rugby.

One thought on “Sleeping Giant – Rugby in America”