The really glory in most sports goes to the person scoring the points and in the modern game of rugby scoring tries ain’t easy.  The below are rugby legends whose records may take some time to beat.

58 caps scoring 69 tries which equates to 345 points!  Flying winger Daisuke Ohata entered the history books on 14 May, 2006 when he overtook David Campese’s record of 64 test tries in 101 appearances with a hat-trick against Georgia

South African winger was part of the South Africa team that won the 2007 Rugby World Cup, his eight tries at the tournament equalling the single-tournament record set by Jonah Lomu in 1999.  During the 2015 Rugby World Cup he equalled Lomu’s career record of 15 tries in World Cups.  He has scored a totlal of 67 tries over 124 caps, making him also one of the most capped players of all time.

Former Australian rugby union player David Campese is widely considered as the greatest rugby players of all time. He is also widely popular for his hitch-kick motion called the “goose-step” which is superior for avoiding tackling of the opponents.

He achieved 101 caps in the Australian national rugby team The Wallabies and scored 315 points. He also played for New South Wales in his club career and earned 56 caps and 114 points.

After his incredible journey of nine tries in tests and six in rugby world tournaments, he was voted as the player of the tournament at the 1991 Rugby World Cup.

Shane Mark Williams, MBE is a Welsh rugby union player most famous for his long and successful tenure as a wing for the Ospreys and the Wales national team. He also played scrum-half on occasion.  Considered to be one of the greatest wingers of all time, Williams has scored 60 international tries in 91 caps.

Onozawa, nicknamed “the eel” for his sharp sidestepping ability, Onozawa is the second most capped Japanese rugby player of all time, and fifth highest try scorer in international rugby with 55 tries over 81 matches.  He plays on the wing or occasionally full back and has spent much of his career in the shadow of Daisuke Ohata, he is however considered an all-time great of Japanese rugby in his own right.

Winger Underwood is England’s record international try scorer with 49 tries in 85 internationals between 1984 and 1996.   He also played 236 games for Leicester Tigers between 1983 and 1997.  Including the Lions tours he has scored a total of 50 tries in 91 caps.

The NewZealand legend was primarily a winger, but he also covered fullback at national and international levels.  He finished his career with Munster Rugby in Ireland. With an outstanding 49 tries in 62 tests,  Howlett the highest try scorer in the All Blacks. 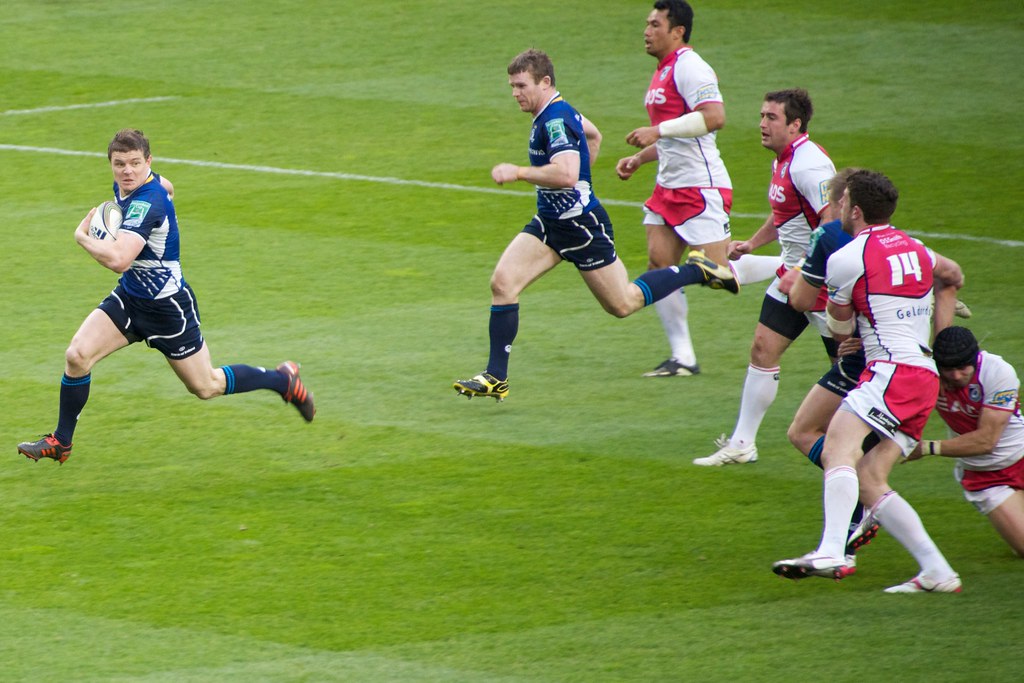 “BOD” is widely regarded as the best outside centre in rugby history.  He captained Ireland’s national rugby team from 2003 to 2012 and also captained the British and Irish Lion during New Zealand tour in 2005.

Brian also played for Irish provincial team Leinster, starting their run as one of the most successful rugby clubs in Europe.  He played 141 test matches for Ireland, which includes 83 matches as the captain and played 8 for the British and Irish Lions, which, in total, made him the most-capped player in Irish rugby union to this day.

The 3 New Zealand men all tie in 9th place with 46 international tries.  Julian Savea is a brother of the other All Blacks legend Ardie Savea.  Winger Julian nicknamed “the bus” was a key member of 2015 Rugby World Cup winning team, and was the highest try scorer of the tournament, with 8 tries.

Another New Zealander Wilson has the rare accolade of representing his country in both rugby union and cricket – a so-called “Double All Black”!  He scored With 44 tries in 60 tests during his rugby career.

All Black, Beauden Barratt, is the only current player that has a shot at making this list, he’s on 39 tries and has lot’s more to come!  England’s Jonny May at 35 tries and Ireland winger Kieth Earls 34 and also rising through the ranks.

The most capped player in rugby history

4 thoughts on “The top international try scorers in rugby”