The world is a big place. Needless to say there are some sports that you have never heard of. Luckily, the PledgeSports team pride themselves on being up to speed with everything there is to know about sport. 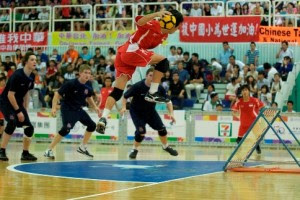 Tchoukball is a niche sport which was created in Switzerland by Hermann Brandt. He was concerned by the numerous serious injuries among athletes resulting from sports prone to aggression and physical contact. He designed tchoukball to contain elements of handball, volleyball and squash.

While it may be popular in some parts of the world, Dodgeball is still by all means a niche sport. It is a game in which players on two teams try to throw balls at each other while avoiding being hit themselves.Teams usually consist of 6-12 players.

10 Most Watched Sports in the World

There are many variations of the game, but generally the main objective of each team is to eliminate all members of the opposing team by hitting them with thrown balls, catching a ball thrown by a member of the opposing team, or forcing them to move outside the court boundaries when a ball is thrown at them. 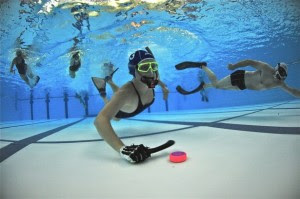 Octopush is such a niche sport! Better known – and summed up – as Underwater Hockey, Octopush began in England in 1954 as a way of keeping a sub-aqua club occupied during the winter. It’s a team sport played in a pool with the aim of getting a hockey puck into an opponent’s goal using a tiny hockey stick called a pusher. It’s a six-on-six game requiring the unique skill of holding your breath to score. No wonder there’s so many substitutions.

How is this niche sport different to basketball? Well, the courts are bigger and the nets are higher, and they aren’t nets – just rings with no backboard. The rings are well inside the back line, allowing shooting from any angle, and the courts are halved, not cut in three. It adopts the no-moving-with-the-ball and stay-in-your-section policies from netball and player roles are simplified into just attacker or defender. Also, there’s a mixed-gender option; now you’re interested!

Here are some other Weird and Wild sports 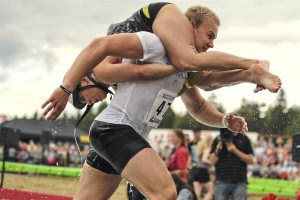 If you thought the Finns were progressive and all about gender equality, think again. This is a country that invented the sport of “wife-carrying,”. The niche sport is an annual competition where husbands run an obstacle course while carrying their wives on their backs. The winner supposedly received his wife’s weight in beer. The most famous competition is held in Sonkjärvi, Finland, where the sport was invented. The sport has spread to other parts of the world, including the US and Australia. Sounds like a great way to spend some quality time!

Here’s a sport most kids could relate to: a giant snowball fight! That’s essentially what yukigassen is. It originated in Hokkaido, Japan, and the name literally means “snow battle.” Yukigassen is played between 2 teams, each with 7 players. When a player is hit with a snowball, they’re eliminated from the game. Before a match, as many as 90 snowballs are made in advance. Competitions are held in Finland, Norway, Sweden, Australia, Canada, Russia and Alaska today, with the World Championship held in Sobetsu, Hokkaido, every year. We want this niche sport to go worldwide – It looks absolutely mental! 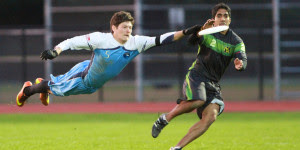 This niche sport is about as primal as it gets. Catch, run, throw, jump. Founded in the US in 1960, Ultimate Frisbee is a non-contact team sport originally played by players with a flying disc. Games are played indoor and outdoor, usually between two teams of 5-7 players. Points are scored by passing the disc to a teammate in the opposing end zone. Other basic rules are that players must not take steps while holding the disc, and interceptions, incomplete passes, and passes out of bounds are turnovers. 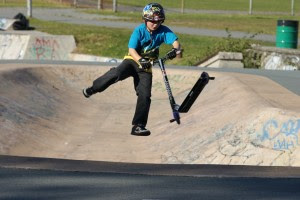 This niche sport was quite unfamiliar to us until last year when Scoot GB needed money to buy a new van. It’s a freestyle sport using a little kick scooter, the ones you see kids or over-grown kids kick-rolling to school on. Tricks are performed using ramps and other props in the a BMX- or skateboarding-esque way. Epic stuff!

Unless you’re from Ireland, there’s a good chance you consider this a niche sport. Commonly referred to as “football” or “Gaelic”, Gaelic Football is a brilliant Irish team sport along with the even faster paced Hurling which is also one of the oldest sports.  It is played between two teams of 15 players on a rectangular grass pitch. The objective of the sport is to score by kicking or punching the ball into the other team’s goals (3 points) or between two upright posts above the goals and over a crossbar  (1 point).

If you play any of these sports or are a team looking to fundraise get in touch today and see how we can help.  Or just go to www.pledgesports.org and hit ‘Create A Campaign’ to get started!