Football’s biggest clubs have generated legions of fans around the world, and as those supporter armies continue to swell so do the opportunities for sponsorship. It comes as no surprise that football dominates this list above all other sports.

At PledgeSports, we help athletes and teams from every sport known to man raise money and attract sponsorship through our sports crowdfunding platform.

Without further ado, here’s a rundown of the biggest sports team sponsorship deals in the world today:

The French giants are the only Ligue 1 side to feature on the list, but it’s not hard to see why. A lucrative shirt deal with Nike sees the club take in $23 million every season, while Middle East airline, Fly Emirates, pay the Parisians a pretty $28 million per year to have their brand on PSG’s kit. 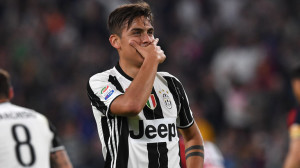 The reigning Italian champions just pip PSG to 9th, mainly thanks to the $7 million they receive each year from sports marketing agency, Sportfive, for naming right son their stadium.

Like PSG, Nike provide the Old Lady’s shirts as part of a sponsorship deal worth $26 million, while Jeep fork out $19 million to have their logo brandished across Juventus’ famous black and white shirt.

The 10 richest teams in the world

Manchester City have adopted a sponsorship deal representative of the modern game, whereby their shirt and stadium are completely funded by the filthy rich Etihad Airways, earning the Citizens a tidy $57 million every year.

Throw in another $17 million from Nike for wearing their kits and you start to see why Guardiola can afford to splash out on three fullbacks in one month. 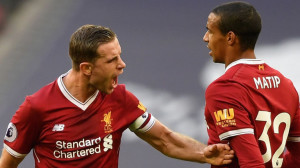 Liverpool have cycled through a few kit providers in recent years. Having swapped Reebok for Adidas in the mid-Noughties, the Merseyside club wore Warrior kits for a brief spell before landing a huge $36 million per year deal with booming manufacturers, New Balance.

Richest sporting events in the world

A new sponsorship on their shirt in the form of Rakouten sees Barcelona receive $41 million each season, while the Catalan giants are one of Nike’s highest earning clubs, taking in $40 million per year for wearing the iconic “swoosh” kits. 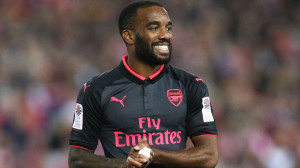 When Arsenal penned their kit deal with Puma in 2014 it was the biggest in the Premier League at the time and put $43 million in the Gunners’ pockets each year.

On top of that, their jersey sponsors, Fly Emirates, not only pay to have their name on the London club’s shirt, but also have the naming rights of Emirates Stadium, adding a further $43 million per year to Arsenal’s sponsorship revenue.

After sporting Nike kits for a few seasons, Chelsea reverted to Adidas in a deal worth $41 million per year.

It’s their kit sponsorship that really makes eyes water, however. After concluding their spell with Samsung, Chelsea signed up Yokohama Rubber and the Japanese tyre manufacturers fork over a staggering $57 million to the Blues every season. 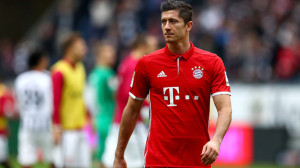 A list of top financial operators wouldn’t be complete without some German influence, and unsurprisingly that has come in the form of Bayern Munich. The Bundesliga kings take in $9 million per year from Allianz, who have naming rights to the fortress that is the Allianz Arena.

When it comes to their kits, Adidas pay out a colossal $68 million per year, while it costs Deutsche Telecom a sizeable $34 million to get their brand on the kits each season.

Few sports teams make money quite like Manchester United, and that is reflected in their sponsorship deals. The Manc side broke all kinds of Premier League records with their kit and shirt sponsor combo which sees them lift a massive $107 million from Adidas and $80 million from Chevrolet every year.

And they don’t stop there, recently giving AoN the rights to  Old Trafford for a a nifty little fee of $22 million per annum. To this day it remains as one of the biggest sports team sponsorship deals in the world. 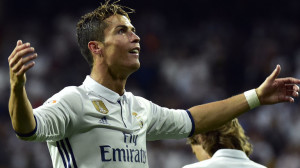 Los Blancos have the biggest bill for kit manufactures, pocketing a cool $158 million every single year from Adidas. And while Fly Emirates shell out $34 million a year to get their name on the famous white strip, the United Arab Emirates as a nation pay the Madrid team a whopping $28 million for rights to the Santiago Bernabeu stadium.